Qutub Minar: One of the Most Majestic Towers of India

The mighty tower standing tall and unabashed in Delhi is the Qutub Minar. Standing tall since the 11th century, it has always attracted tourists from all over the world. It is wholly made up of bricks and is the tallest minaret in the whole world. The site of this tower includes many other historical monuments. Qutab-ud-din Aibak built it in the 11th century AD, and it is named after him.

The tapering tower is 73 meters in height with five sections. The base diameter of the structure is 14.3 meter which tapers to around 2.7 meters at the top. The construction started with the first three storeys. The base storeys are made up of sandstone, and the top two storeys are made up of marble and sandstone. Balconies and flanges segregate the storeys.
Furthermore, many Mughal Emperors have made changes to the Minar. In the same Fashion, the Qutub Minar contains many carvings on its wall. The inscriptions depict the various Arabic and Persian verses. 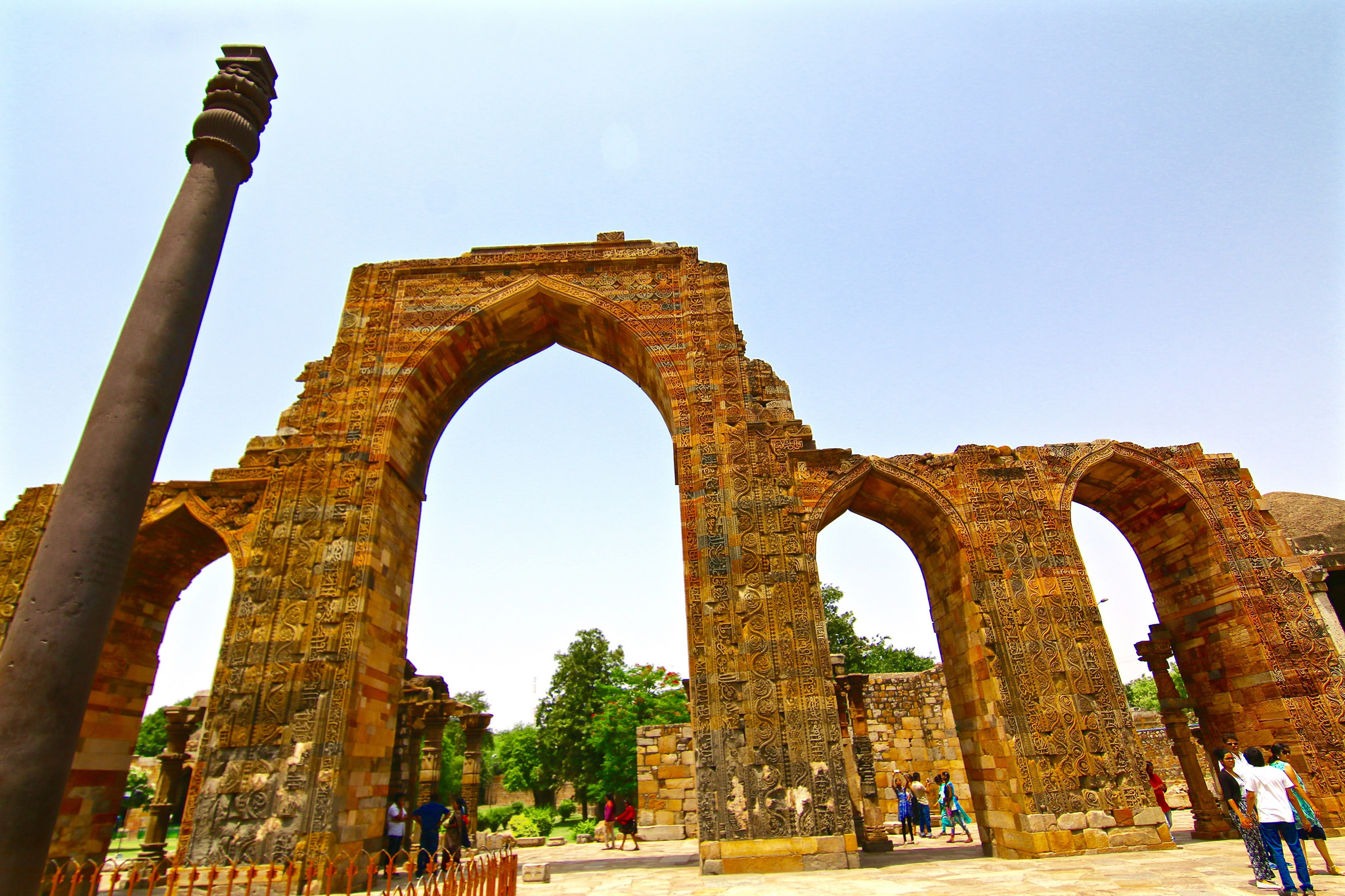 The Qutub complex contains many buildings which are historically significant. The structures inside the complex are the Quwwat-ul-Islam Mosque, the Iron Pillar of Delhi, the Tomb of Imam Zamin, the Tomb of Iltutmish and Major Smith’s Cupola. Quwat ul Islam mosque is at the foot of the tower. Quwwat-ul-Islam Mosque is the first mosque constructed in India. It is at the north-east foot of the minaret. The Iron Pillar, which is rust resistant, attracts tourists as well as draws the attention of archaeologists and materials scientists. Furthermore, it is from the Gupta Empire and has Brahmic inscriptions on it. Additionally, it has a belief that, if one faces the pillar and embraces it fully with both his hands touching at the back, his wishes get fulfilled.

Qutub Minar is a hot favourite of Abroad tourists. The legends which go around this minaret are worth hearing and people coming from a distant land love to hear them. The entry fee for Indians is Rs.30/- and consequently for the foreigners is Rs.500/-. The entry is free for children below the age of 15 years. Currently, no one is allowed to climb the tower for fear of accidents.

Metro: The Qutub Minar is in the south-west part of Delhi. Board a train from the DMRC station and get down at the Qutub Minar station. Catch a DTS bus to reach the Minar. Additionally, you can also travel there through the bus service provided by Delhi Tourism.